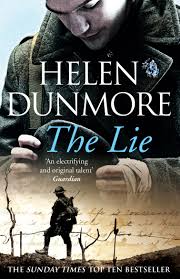 Cornwall, 1920. Daniel Branwell has survived the First World War and returned to the small fishing town where he was born. Behind him lie the trenches and the most intense relationship of his life. As he works on the land, struggling to make a living in the aftermath of war, he is drawn deeper and deeper into the traumas of the past and memories of his dearest friend and his first love. Above all, as the drama unfolds, Daniel is haunted by the terrible, unforeseen consequences of a lie. Set in France during the First World War and in post-war Cornwall, this is a deeply moving and mesmerizing story of the “men who marched away”.